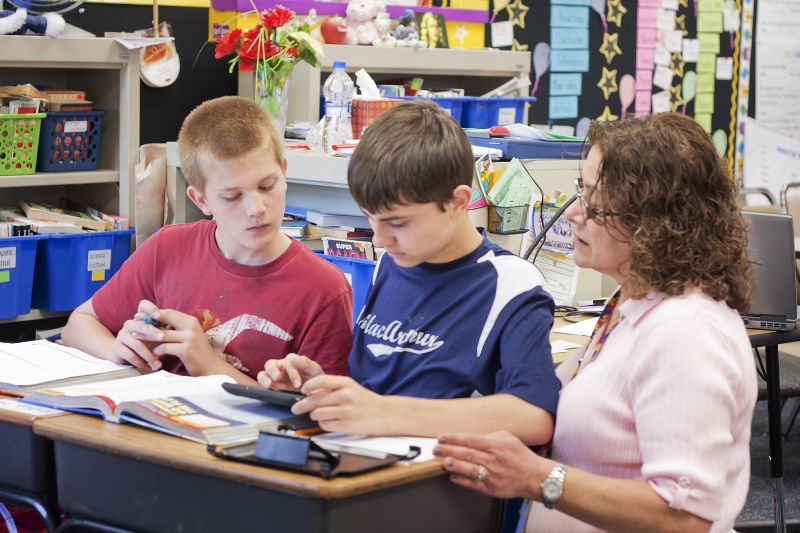 AAC or augmentative and alternative communication is a combination of communication devices, systems, strategies, and tools that delivers the power of speech. In simpler terms of what AAC is, it gives non-verbal individuals a way to “speak” to those in their world.

Communication; It’s something to which most of us never give a second thought. We never imagine not being able to tell others our wants, needs, or dreams. People who are non-verbal, like those with autism and cerebral palsy, live that reality every day.

What does “AAC” stand for?

As you may be a parent new to your child’s diagnosis, the abbreviation “AAC” may be new to you. It stands for augmentative and alternative communication.

Not sure what that means? Some examples include writing in a notebook to express thoughts to others or using a tablet to form phrases and sentences, where the tablet converts text into speech. AAC are systems, tools, devices and strategies to give a voice to those who are voiceless.

What Does AAC Do?

Simply put, AAC allows both children and adults to express their thoughts in a way others can understand.

Let’s start by explaining the term itself. “Augmentative communication” is when you add something to your communication like pictures or sign language. “Alternative communication” is another way to speak when others don’t clearly understand your speech or you’re unable to speak. Examples include gestures, signing, symbols, word boards, communication boards, and books, as well as Voice Output Communication Aids (VOCAs) such as tablets with specialized apps or other speech-generating devices.

It’s essential for nonverbal individuals to learn to communicate with alternative means. When a person cannot speak, people often make judgments about their intelligence and their potential. Some people may even think that they don’t have the ability to make decisions on their own. Having an effective form of AAC is the difference between having a measure of independence and living completely at the mercy of others.

AAC encompasses many types of devices, tools, and strategies. They are broken down into two types; aided and unaided. Aided methods require a device or tool like an app on an iPad, choice cards, a speech-generating device, a communication book, or a symbol card. And in each of these types of aids, there are many options. Unaided AAC examples are sign language, facial expressions, body language, and gestures.

Text-based AAC systems use a keyboard. The user types or selects the words they want to express. The co-communicator may read the words, or the device may generate speech using TTS technology. Using text-based AAC requires the ability to read and spell.

Symbol-based AAC systems don’t require spelling and reading skills. Visual symbols are used to select wants-and-needs or to build phrases and sentences. These symbols are illustrations or photos that convey words and ideas. Avatalker AAC is such a symbol-based system. An individual taps the symbols to either select wants-and-needs, or build a sentence or phrase. The device then speaks the phrase or sentence in a clear, human-sounding voice. This system cuts down on frustration by providing realistic examples of items, ideas, and actions.

Another system is the PODD system designed by Gayle Porter. PODD stands for pragmatic organization dynamic display. The PODD is a book with laminated pages or an electronic device with symbols organized by categories, actions and ideas. Parents and children go through the book or interface together, finding the correct symbol for what they’d like to say. It can be complicated to use at first, but once learned, it’s a very effective form of communication.

How AAC Benefits Individuals and Families

Humans are emotional, social beings. We have the innate desire to connect and communicate with others. When someone is non-verbal, communicating can be frustrating for themselves and the receiver. AAC provides children and adults a means of articulating their thoughts more clearly. Conversations become more meaningful, and the individual’s true potential can be explored. AAC creates opportunities for those who are non-verbal, benefitting all involved.

Avatalker AAC can change the world for you, your child, or your student. It’s an affordable, easy to use app that turns an iPad or iPad mini into a powerful communication device. The app is organized into two skill stages, which accommodate individuals of all abilities by giving them only the elements they require and not distracting them. Stage One is for expressing basic wants and needs; You touch a button and it speaks a pre-set phrase. Stage Two is for higher-functioning communicators and provides the tools they need to build full sentences that can include proper grammar.

Avatalker AAC’s vocabulary in Stage Two is organized by semantic association within separate categories. This organizational style cuts down on frustration and navigation time. We’ve even built in a question conversion button that converts a simple sentence into a question with just a touch.

Avatalker brings the most advanced AAC technology to the nonverbal community. Parents and educators will be delighted with the changes they see in the nonverbal kids/adults in their care.